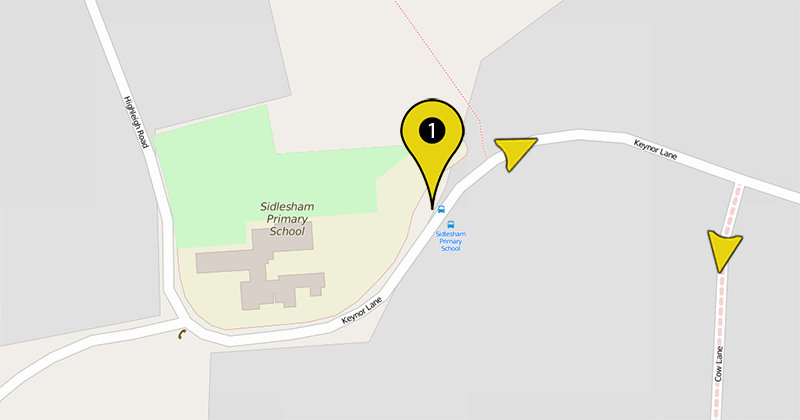 The Sidlesham LSA Heritage Trail starts from the primary school car park, Keynor Lane, PO20 7NL (OS GR 978847). Opposite the school car park are two semi-detached LSA houses (No 1&2) built in 1935, by Stirland Builders (Birdham) at a cost of ^50. The smallholdings, numbered sequentially (1-144) across the whole LSA, were initially known by their estate number (eg: 2 Keynor). After the closure in 1983 the Post Office allowed properties to have names as well as numbers (eg Numereuxdeux).

Exit the car park and turn left away from the school passing a row of cottages on the left. Just before Cow Lane on the right, note the name of No 39 (El-Es-Ay) where 'Darkie' Kemp an ex-shipbuilder from West Hartlepool arrived in 1936, the youngest of the early settlers at 28. Turn right into Cow Lane and after 400 yards you will reach Keynor (Farm) House.
Next More "The advent of the LSA in 1936, with so many children from the north of England, enforced an immediate enlargement of the school and in 1937 a scheme for improvement was carried out. Four large sunshine classrooms were provided, as well as medical, staff and headmaster's rooms and a kitchen. An up-to-date system of sanitation was also carried out and a playing field added. The accommodation was raised to 300." ('Sidlesham Past and Present').
Maurice Meeten was Headteacher in 1939, living in a house adjacent to the school.
Sidlesham School was the first school in England to serve hot meals, on account of the 'malnourished' children of the LSA.

CG Stillman, the County Architect, worked with a local caravan manufacturer to prefabricate a light-weight steel system in 8ft 3in lengths: three of these units making a standard classroom, and any number could be put end to end. A prototype at Sidlesham, in West Sussex, in 1936 marked the first major use of prefabrication in school building.

The Chichester Observer (February 1978) recorded the school's centenary reporting that the then 'Director of Education was concerned about malnutrition in some of the children and felt that they should have a hot meal in the middle of the day. With the help of volunteers a scheme, which was later adopted by other schools in the country and which was the forerunner of school meals as we know them today, was started at a cost of 3d per head, 1.5p in modern coinage.

"We walked to school and if it rained there was a cupboard at school which held a motley assortment of clothes which we could change into and our wet clothes were put on radiators until they were dry". (Joan Smith/nee Ruckley No 19)

"A special school bus was laid on to go to Sidlesham Primary and on to the Selsey Manhood Secondary Modern School (smokers upstairs!!!). Originally Southdown, it was referred to as the "Biscuit Tin". For Chi High the standard Southdown public single decker bus service was used morning and late afternoon".(Nigel Dungey)

"A Mrs Reed who lived very close to the school used to sell sweets and I think fruit from her front room. I was in the same class as her daughter Maureen. There was also a van which would deliver a small amount of groceries and sweets each week. There was also a Mr Binstead who lived near the school and he sold fruit. All this happened before 1947 when we left the LSA". (Joan Crees)

The primary school's admissions records show that several children from LSA properties left and their families returned north or to South Wales as not all original tenants adapted to the new way of life. For example:
John Hayman (66 Fletchers - Street End) left 25.6.1943 returned to Abertillery.
Derek and Joan Brown (69 Fletchers - Street End) left 24.9.1943 returned to Durham. 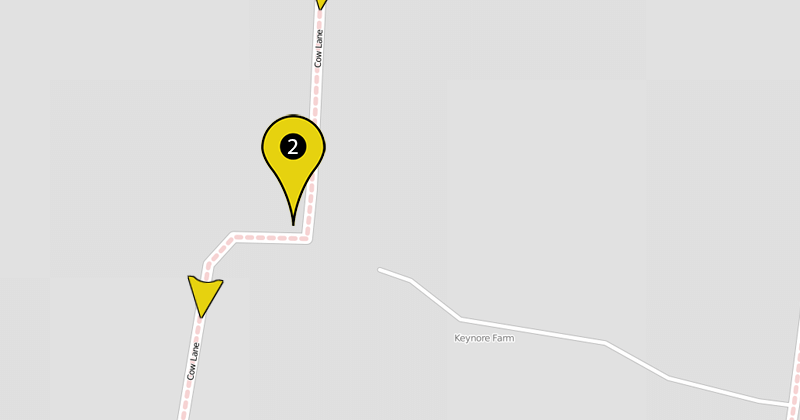 
"Did you know that Sidlesham Store is open 9.30 to 10.00am and 2 to 3 pm and Batchmere Store from 2 to 3pm daily. Customers are welcome at either store.
We carry a stock of over 800 items, The following are a few selected at random - Ever-ready Torches and Batteries, Toilet Rolls, Rubber Boots (three kinds, various sizes), Protective Clothing, Gloves, 5 kinds of Broom Heads, 4 kinds Hand Brooms, 2 kinds Electric Bulbs, 3 makes Rubber Tyres and Tubes, Knee Pads for lettuce planting, Polythene in 14 different sizes, Watering Cans, Powder Blowers, etc. If we haven't got what you require we shall continue to try and provide it in the shortest possible time."
(GG Clarke, Storekeeper LSA Bulletin No 785, October 1963).
3 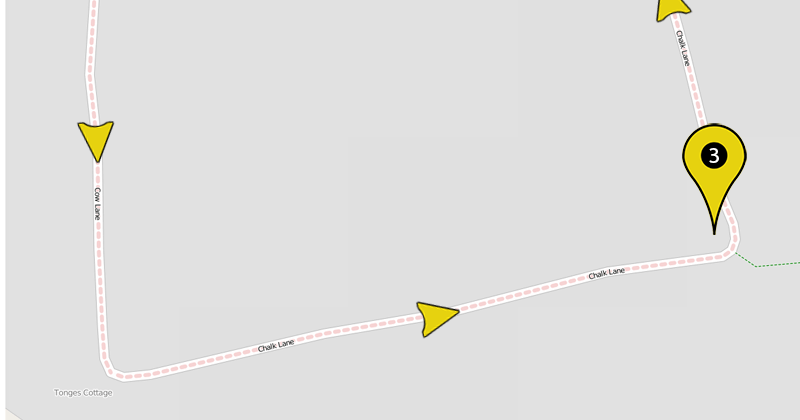 To the right of the T junction with Selsey Road was The Jolly Fisherman Pub, Combes Bakery and further down Mill Lane Gnapps Stores where locals could place their grocery orders for delivery. The Crab & Lobster at Sidlesham Quay was a favourite watering hole for the tractor drivers. (See 'More' for other local businesses at the time of the LSA). 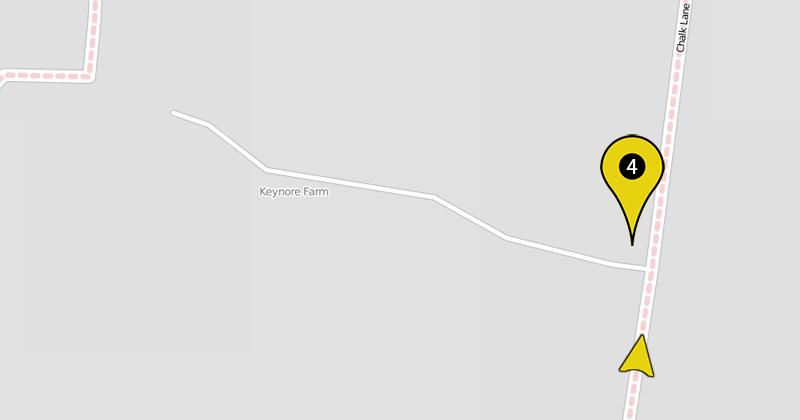 With your back to Highleigh Road, the property on the opposite side of the road (Highleigh Pound) was the 17th century Pound Inn, a local for the earliest LSA tenants who used the footpaths across the fields from Lockgate Road and Almodington, known locally as Piggery Lane.

To return to the school car park . . . . . . . Follow the direction of the signpost to Highleigh and Ham. Take care here, using the right hand side of the road facing on-coming traffic. As the main road bears to the right, continue ahead on a gravel lane (leading to Duncan & Davies Nursery). After some metal gates turn immediately right onto a footpath between a fence and a house which passes several glasshouses and fruit cages leading back to the school car park. Alternatively to continue to The Batchmere Estate (adding 4 miles to the trail) follow the signpost to Birdham and Witterings. Take care, using the right hand side of the road facing on-coming traffic for about half a mile to access a footpath after a farm on the left leading across fields to Almodington Lane. If travelling by car to the Batchmere Estate parking is available in First Avenue.
Next More Cricket was played in the field opposite the pub where Zara's stud stands today. Sidlesham FC played on a pitch further west along Mapson's Lane and the teams changed in the pub until it closed in 1953.
5 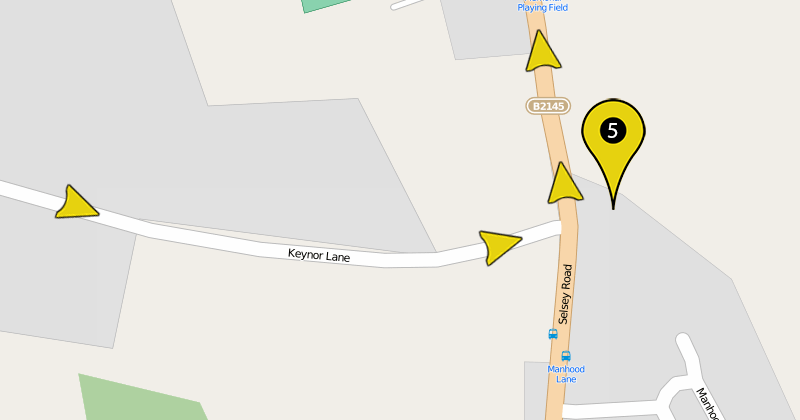 Continue along the main lane passing Batchmere (Farm) House on the main road adjacent to First Avenue which, with 307 acres of land .was purchased for £11,500 in November 1936 and No 109 was the Propagation Unit for the Batchmere Estate.
Next
6 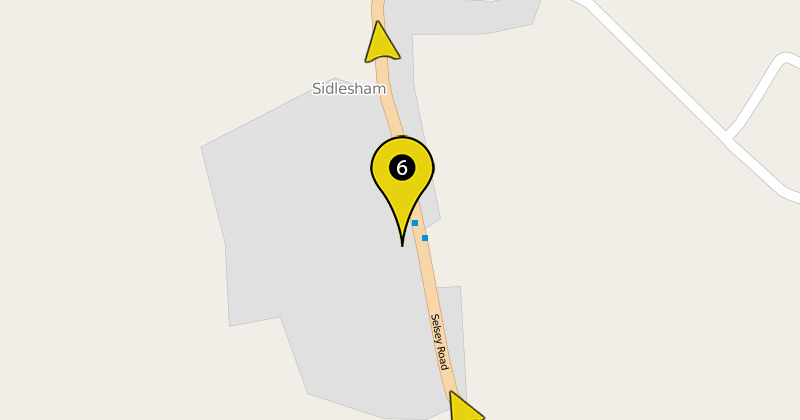 Edward VIII visited the LSA. The back of the original photograph read Birdham 1936. At that time the eastern side of Almodington Lane was in Sidlesham and the western side in Birdham - now both are in Earnley Parish Council. It is well documented that royalty often visited the 'depressed areas' to maintain morale during the 1930s. The windows in the barn in the photograph are a similar design to those in the buildings now standing at the end of Second Avenue.

Continue south on Almodington Lane until the junction with Easton Lane.
Next
7 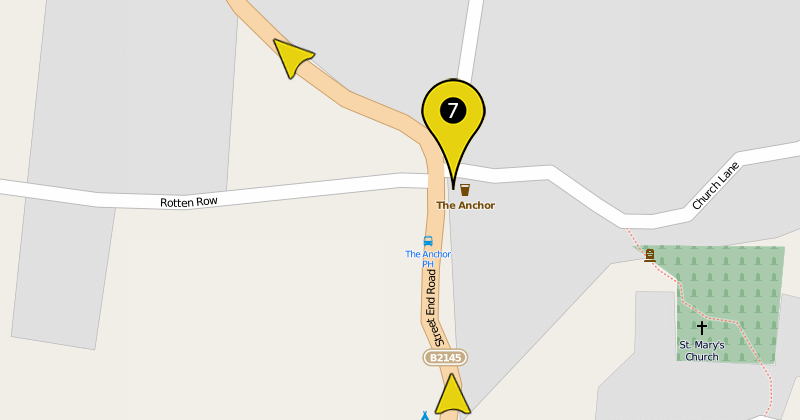 The 1939 Census shows records for the Hermitage & Bottle cottage between Nos 118 & 119. At that time Jack & Gertrude Lambert were in The Hermitage. Jack's occupation was listed as Farm & Estate Manager. Kate Hoare was at Bottle Cottage (unpaid domestic duties) The early tenants kept pigs and chickens as part of the LSA. Some tenants kept additional livestock for their own use - goats (above), rabbits (No 86) and the Booths (No 15) had a cow!

Continue along the main lane.
Next
8 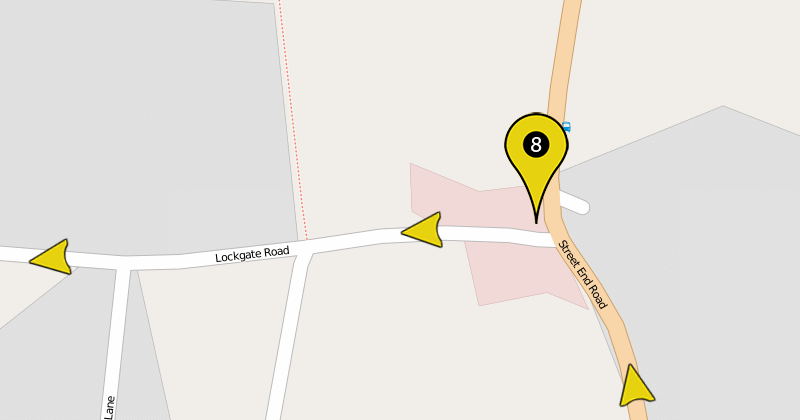 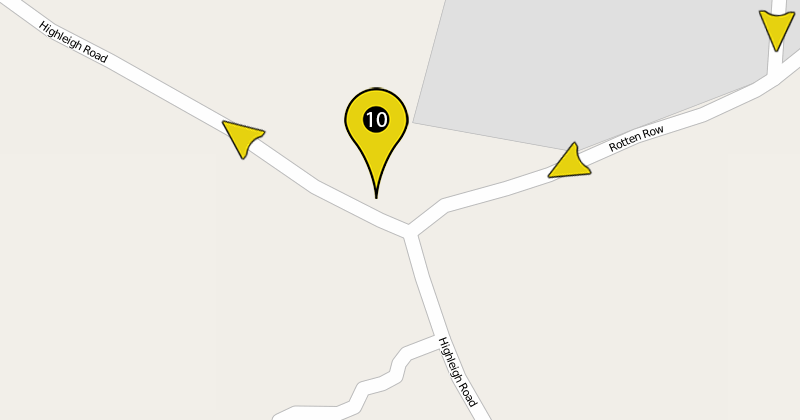 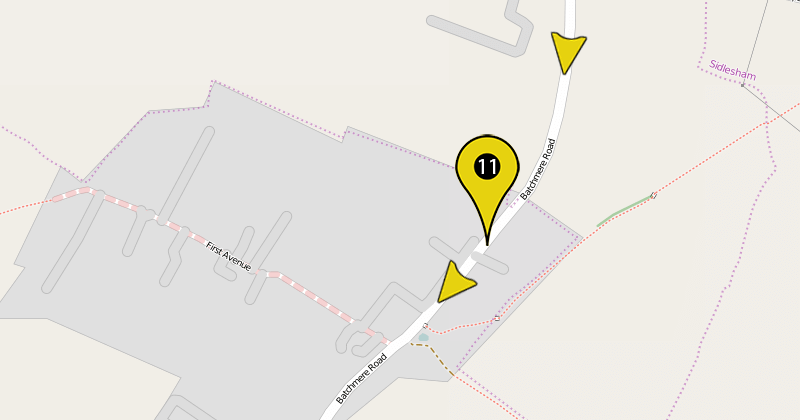 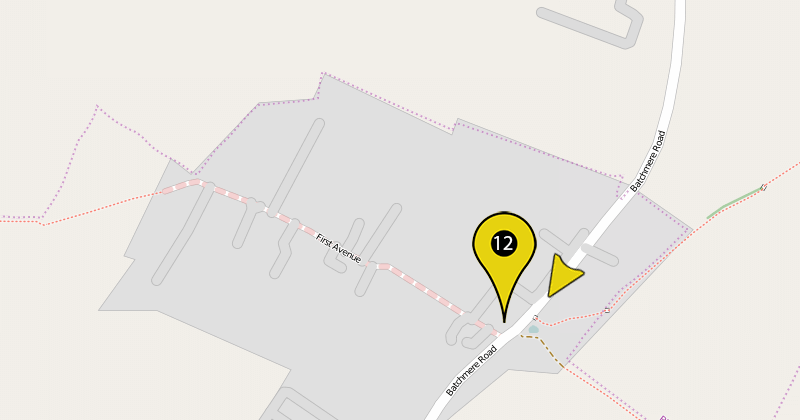 Help With Using This App

This app is intended for use on the site at Sidlesham where there is no mobile phone signal, the contents of the trail has been saved to your phone, if you don't have GPS just scroll to the next set of instructions, if you do have GPS, enable it, and when your browser asks you to allow the user of location information say yes, then click the search button again and if you are within the area of a Location on the trail it will scroll the screen to that information.